Vacation made by history

El Faro translated to English is “Light House”.  Your El Faro – one of our 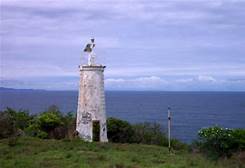 vacation rentals in San Juan del Sur in Nicaragua – was the location of William Walker’s second lighthouse to guide his soldiers for the takeover of Nicaragua.  Walker was a US mercenary hired by the Leon people to help defeat the Granada desiring to make Granada the capital of Nicaragua.

From your vacation rental of El Faro “Light House,” you can see the original “El Faro” Walker built next to the fort at the South entrance to our bay.  He was destined to protect the bay and guide his ships with his soldiers, military supplies and other items need for his expedition.

In fact, it is a great relaxing walk to visit the old fort of  Walker’s, some great history of Nicaragua.  On May 1, 1857, Walker surrendered to Commander Charles Henry Davis of the United States Navy and was repatriated. Walker finally on May 5, 1857, abandoned Nicaragua in the Sloop St Mary.

He returned to the U.S. to resume his law practice and make plans to try again to take control of Nicaragua.  After several unsuccessful attempts to leave the U.S., he finally landed in Trujillo, Honduras where he was captured by the British Royal Navy. The British turned Walker over to Honduran authorities, who executed him by firing squad on September 12, 1860.  He was 36 years old.

llowing for great views of the ocean and fantastic sunsets as William Walker, the invaders, saw as the ships arrived. Today you will see large cruise ships arrive and depart to visit San Juan del Sur and farther areas of Nicaragua.

El Faro is located within a 2-minute walk to the Lap Pool and the Family Pool and just a short walk to the center of San Juan del Sur.

Carved into a premier patch of land above San Juan del Sur the Casa de Cooper offering El Faro has all the wonderful sunsets while sipping your favorite beverage.