Birding in Nicaragua. Nicaragua is full of u 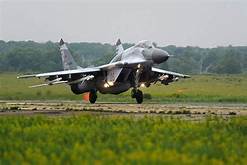 nexpected niches and crannies of beauty.  I recently had the opportunity to go birding in a place I visit occasionally, Punta Huete, on the north shore of Lake Managua.  It is a few km from Managua, which you can plainly see from the marsh.  But to get there it is a trip of 100 km over some bad roads to get to the marsh. The place was famous momentarily in the 1980s when the Nicaraguan government built a MIG Base there. They never put any MIGs on it and so the place has always been peaceful.

They surrounded the base with a wide minefield and nasty signs of crossbones and the words, ¨campo de minas¨ and ¨peligro¨.  Before the revolution, there used to be swimming contests from the north shore of the Chiltepe p 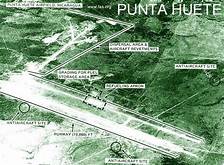 eninsula to Punta Huete, which is about eight km away.  And what makes the area so interesting is that the marsh, which is several km long and a couple of km wide, sits in part not on mud but hard rock.  When the water levels permit, you can drive, with a good guide, almost to the very tip of the Punta.  And it reminds me so much of the marshes on the edge of Saginaw Bay of Lake Huron, where I spent so much time with my brother Mike and old friends like Jim Mich, the Gonea brothers,  Lloyd Kramer, and Gary Nearman.  The marsh at the end of Boutell Road outside of Bay City was about the same size, full of sticky mud, and much cooler than the tropical shore of Lake Managua. The place really does look like the cattail marsh at the end of Boutell Road.

To get there at sunrise, we had to leave home at Diriamba at 2:00 am, a pretty painful hour for old folks like me.   Wife Chilo told me I was nuts but got up to make me and my gardener Luis, a quick breakfast. We got there about 5:30 am, after driving around the east end of the lake, going west almost to San Francisco Libre and then south towards Punta Huete itself.  We had lined up a very good guide who knew the marsh and the zig-zag path through the reeds and onto one of the many rock islands found inside the big marsh.

The rising of the Sun brought out thousands of birds and for a half an hour at least the skies were full of all sorts of birds.  Most common were the clouds of 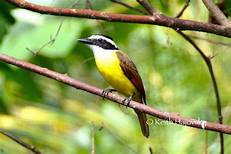 migratory wildfowl blue-winged teal, shovelers, and a rare green-winged teal.  Also present in large numbers was the pato chancho, or olivaceous cormorant, coming out for breakfast.  Also searching for food was a couple of ospreys. A flock or two of Loras, or parrots, flew over with their raucous calls.  What surprised me was the number of wood storks that intermingled with the other species. Compared to the other birds they are big bombers. And there were both black-bellied tree ducks and Falvey’s tree ducks peeping with their unducklike call. Me,  I just took my folding  camp chair out of my HiLux, sat is on the rock island where we were, and enjoyed the show.

Another surprising find in the rock marsh is that caimans are coming back.  One Captain, later Admiral, Matthew  Ridgway, present on the south shore of Lake Managua during the War with Sandino, spent a lot of time crawling through the mud hunting the big caimans that were common there.  H

e lost his West Point graduation ring in that mud but bagged a lot of caimans, which are quite succulent.  Most of the caimans were hunted out in the 1950s for th 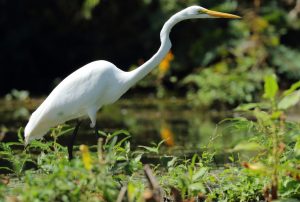 eir hides, but 70 years of protection has allowed them to come back.  And, in that marsh, there are not a lot of people living there, only a few fishermen who fish there, and some cattle farms around the edges.  No one lives in the marsh itself.

If you go there, be sure to find a good guide, as there are mud holes between the rock formations.  If you get stuck in one of those mud holes it will not be inexpensive to get out of the mud hole.  Ask around for the person who knows the marsh best. I drove to an island very close to the tip of Punta Huete, always in the water, never more than a foot deep, and no mud at all.I could never see the bottom of the Lake  It was pure zig zag and I still do not know how we found the island where we stayed, nor how my guide found his way back, as there are no landmarks, only reeds, and a flowing current.  It was a fun trip.